Which are the cutest dogs in the world? It’s a tough call, as you may have had a family dog of one breed and their particular puppy personality just made you melt. However, some breeds of dog are just undeniably cute, and we think we’ve come up with a heartwarming list. 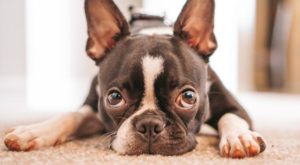 Look at him! Need we say more? 17/10 for cuteness. Bostons are lively companions that are great around kids and very affectionate to their dog parents. They love to play and need a medium amount of exercise. They’re known to be good for first-time pet owners: not too smart, energetic, or big that you’ll be overwhelmed. They also look like little gentlemen in tuxedos. 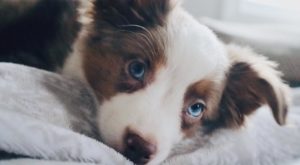 Australian Shepherds are herding dogs which range from brown and white to mottled in a range of colours including black, reddish gold, and grey. They often have striking eyes. This all adds up to them taking a spot among the cutest dogs in the world. Aussie Shepherds aren’t just adorable, they’re also one of the smartest dog breeds out there. They require a lot of training and mental stimulation, as well as lots of daily exercise in order to maintain their health and happiness. An Australian Shepherd will chase down a thrown ball far more times than most dogs before getting tired out. 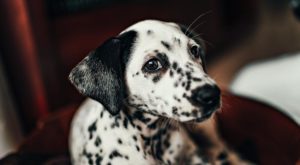 Their spots and colouring are all kinds of cute, and the Dalmatian’s distinctive upward-arching tail is the cherry on the cake. They’re not just a pretty face either. Dalmatians are a high-maintenance pooch, so only get one of these dogs if you’re going to take it on a few daily walks and play with it to keep its mind occupied. 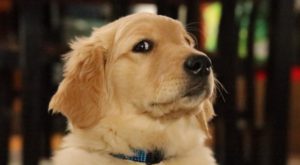 Goldens are great with children and are loyal, loving companions. They’re highly energetic and need plenty of exercise. They’re super intelligent too, so require lots of stimulation and training to keep their minds occupied. They grow from cute puppies into wizened old dogs with long hair that sheds a lot. They were bred in Scotland to retrieve birds brought down while hunting, so you may spend a lot of time playing fetch in the park. 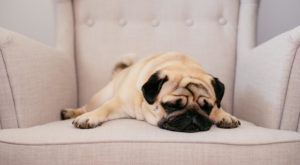 What a smushed face. Pugs are divisive. Not everyone agrees that these balls of roll are cute. But if you’ve ever spent time around one, you probably know how adorable these little puggers are. They don’t need all that much exercise to get them tired out—as they’re unfortunately not the best breathers. They’re crazy about people and love to play. 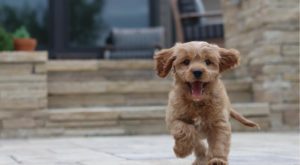 Look at him go. Cavapoos (sometimes called Cavadoodle or Cavoodle) have gentle personalities and are highly affectionate. They’re also good tempered, so you won’t be coming home to a moody pup unless you leave them alone too long. They don’t shed or bark too much but needs lots of time with their dog parents. Cavapoos have become more and more popular in recent years as they’re clearly one of the cutest dogs in the world. 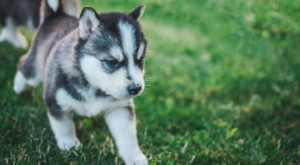 Siberian Huskies are beautiful dogs. Huskies are smart with a lot of energy, so if you’re considering getting one, make sure you have time in your schedule for several walks per day. They will become restless and even depressed if you don’t give them enough mental stimulation and exercise. So, even though they’re cute, don’t take on a husky without proper consideration. 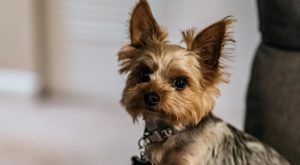 Small equals cute, right off the bat. Look at the tiny face. The beautiful coat doesn’t lose the Yorkie any points either. Yorkshire Terriers are a little yappy, but usually due to their fiercely protective nature. They don’t shed that much or require extensive daily exercise. They’re snuggly and playful, as well as doubling up as a tiny burglar alarm. 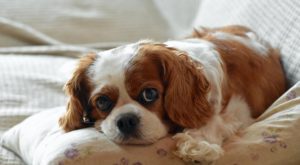 Why are these good boys so popular? Well, although their average lifespan is up to 14 years, they will always look like a puppy. They’re gentle and affectionate dogs, so their sweet nature adds to their cuteness. The Cavalier King Charles Spaniel’s diminutive stature only concentrates their cute appeal. 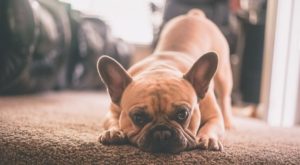 How cute are these little Frenchmen? They’re known as being one of the most cheerful dog breeds and are tres beau. French Bulldogs are great companions if you want a low-maintenance pet. Frenchies have plenty of energy but get worn out easily, so moderate daily exercise should be enough for these puppers.

Which do you think are the cutest dogs in the world? Hit us up on social media if you think we’ve made a dog’s dinner of this list!

Photo by Glen Carrie on Unsplash

Photo by Helena Lopes on Unsplash

Photo by Jeremy Tremblay on Unsplash

Photo by Chris Benson on Unsplash

Photo by Crystal Huff on Unsplash

Photo by Mia Anderson on Unsplash

Photo by freestocks on Unsplash

Photo by Richard Burlton on Unsplash

Preparing Your Pets For Cold Weather

Can CBD Oil Help Your Dog? | CBD Oil For Dogs

Emma - September 20, 2022
search
Type your search
report
No results for your search.